In Genesis, the first couple chapters of the Pentateuch, we read a chronicle of the beginnings: Earth; Man; Woman; Creation of all things. We read of perfection and Goodness. 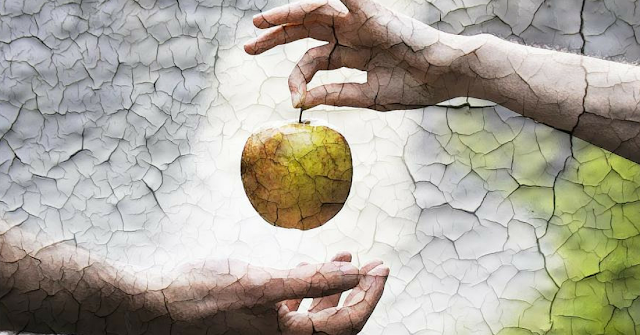 In stark contrast to the previous two chapters,  Genesis three appears, an intentional eye popping account of failure, shame and dismissal. Genesis two tells us that Adam and Eve were naked and unashamed. Chapter three records that the couple was “open eyed” and in the buff. They had listened to a snake and acted in disobedience to their Maker. The Genesis story tells us about the moment humans first realized they were naked, quickly followed by the moment they were first ashamed.
Suffice to say shame doesn’t originate from God’s voice. It originates from voices who errantly say they are speaking for God. Shame, according to Brene Brown, is defined as ‘the intensely painful feeling or experience of believing that we are flawed and therefore unworthy of love and belonging – something we’ve experienced, done, or failed to do makes us unworthy of connection.’ In the garden, in Genesis 3, Adam and Eve lose face and status before the rest of creation; They no longer belong; Their intimate connection with the Creator is interrupted; They are painfully naked, hyper-aware and ashamed.
Interesting, the Creation story continues with this account: “…The Lord God made garments of skins for both Adam and his wife and clothed them…” [1]  God clothed the couple, better than they dressed themselves with the flimsy, minimalistic, fig leafs. What does it mean - why would God cover them with animal skins? His solicitous gesture seems unexpected and unnecessary, after all, He’s about to mete out the consequences of their actions. Possibly there’s a connection between animals having to die, a type of sacrifice, so the hapless couple could have sturdy threads. Maybe the account is theologically deeper - the shedding of animal blood for the forgiveness of a transgression. But without over thinking the narrative found in Genesis, perhaps God provided critter clothing simply because of his love for his creation. He did create humanity in His image. His fondness for us couldn’t be deterred. Perhaps God’s mercy here points to the day when he will solve the problem of our shame decisively and permanently.